Average broadband speeds stable in November, with notable improvements for Eclipse and BT 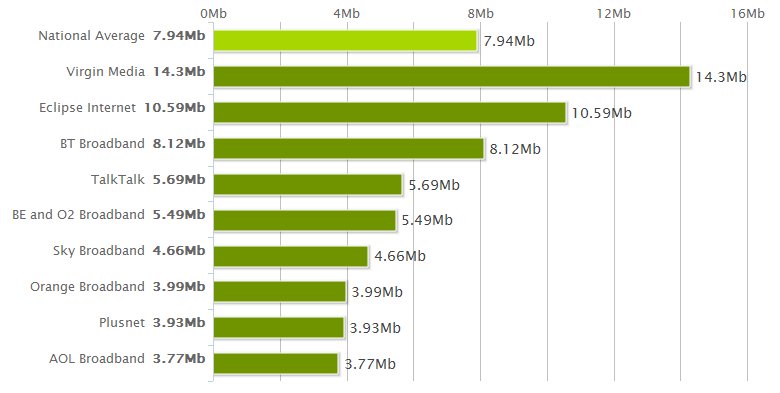 After an increase in speed last month, Virgin Media's average download dropped quite a bit to 14.30Mb, though upload speeds remain stable at 2.45Mb.

The best performing non-fibre-based provider was again BE and O2 (who share a common infrastructure) who retained 4th place with 5.49Mb average download speed over its Local Loop Unbundled ADSL2+ service.