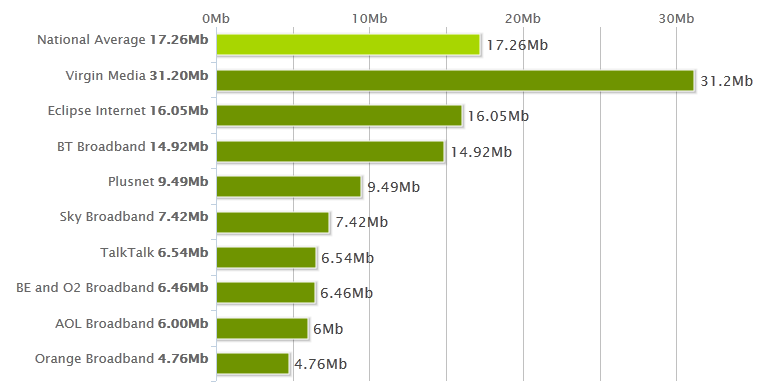 July 2012 saw average download speeds recorded by users of our Broadband Speed Test remaining stable in comparison to the results from June's result, coming in at 17.26Mb. Average upload speed remained at 2.1Mb.

The best performing non-fibre-based provider was again BE and O2 (who share a common infrastructure) in at 5th place with 6.46Mb average download speed over their Local Loop Unbundled ADSL2+ service.