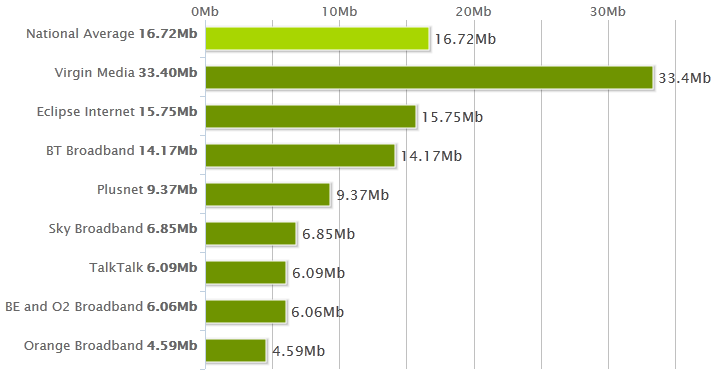 The best performing non-fibre-based provider was again BE and O2 (who share a common infrastructure) in at 5th place with 6.06Mb average download speed over their Local Loop Unbundled ADSL2+ service.

Due to a significant drop in overall tests by AOL users, AOL has been dropped from the list to ensure that overall results remain statistically useful.