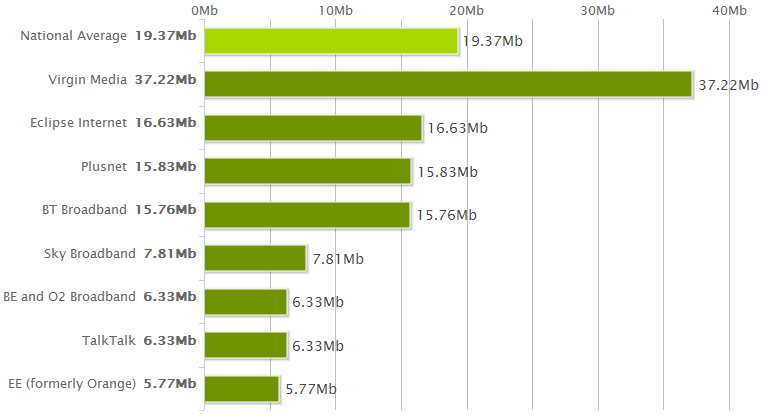 December 2012 saw average download speeds recorded by users of our Broadband Speed Test rise by more than 2Mb in comparison to the results from November, coming in at 19.37Mb. Average upload speeds saw a smaller increase, coming in at 2.33Mb.

Plusnet came in at 3rd place with an impressive 3.9Mb increase to 11.94Mb average download speed. Plusnet also achieved the fastest average upload speed of any provider, coming in at 3.62Mb. These increases are likely due to a greater number of customers switching over to Plusnet Fibre, combined with improvements in Plusnet's traffic management policies launched in December.