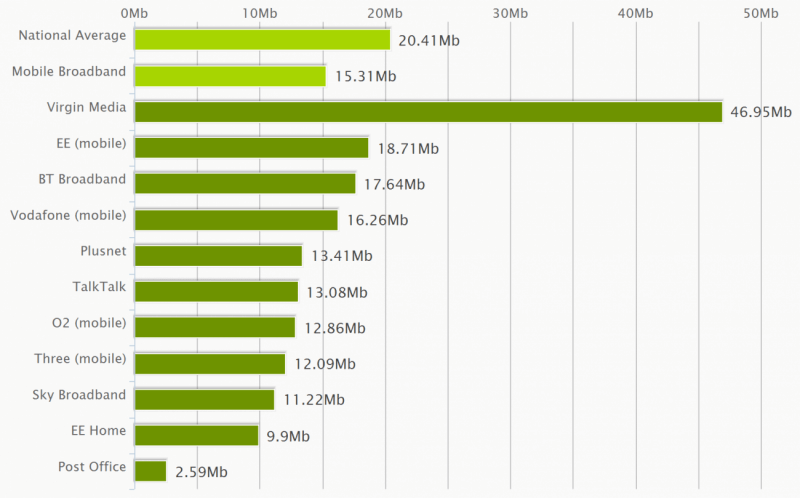 Each month hundreds of thousands of broadband customers test their speeds with our broadband speed test. Since the end of 2015 there's been little change in average speeds from home broadband with average download speeds for March 2016 coming in at 20.41Mb and average upload speeds at 3.73Mb.

Of the home broadband providers Post Office Broadband still has the UK's slowest broadband speed overall with only 4.38Mb average downloads and 1.67Mb average uploads, well below the average speeds expected for copper phoneline broadband. Three tested with the slowest mobile broadband at 12.09Mb downloads, but this still beat home broadband offerings from Sky and EE.

When the supplementary broadband providers table (see page 4 of the report) is included we can see that fibre to the building provider Hyperoptic tested as the fastest broadband overall with 91.7Mb average downloads and 77.3Mb uploads.