Why getting a new router can speed up your broadband 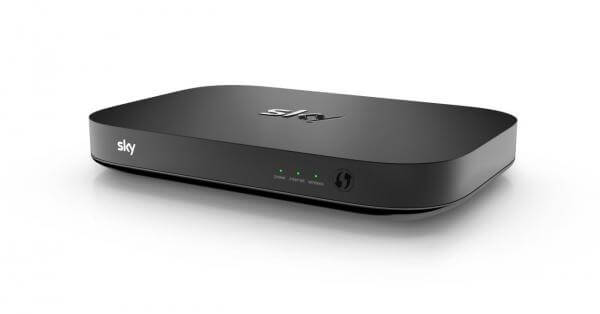 If you find broadband speeds confusing, you're not alone. What speed broadband providers advertise and what you actually get are rarely the same thing. The ASA has recently announced that it will be taking steps next year to bring clarity to the entire issue.

But that's a way off. In the meantime there are steps you can take to ensure you achieve speeds closer to what you were expecting.

You may not know that your Wi-Fi router can have a massive impact on the internet speeds you get throughout your home. Since the provider supplies the router we tend to assume that they're automatically good enough. But that isn't always true - sometimes they're old or slow, and not capable of handling a superfast broadband connection.

In these cases, upgrading to a more powerful router can help speed up your broadband dramatically.

How a new Wi-Fi router can help

Let's start with the technical bit.

The performance of a router is determined by the wireless standard that it uses. The best modern routers use the latest standard, called 802.11ac. It's the fastest available, and it runs on the 5GHz band which is clean and interference free.

802.11ac superceded the 802.11n standard. This is much slower - perhaps half or even a third of the speed - and it commonly runs on the 2.4GHz band which is much more prone to interference from other electrical devices in your home. As a result, the signal is not just slower but it gets much weaker the further it travels.

The router as a bottleneck

Many broadband providers supply an N-rated router with their packages, and it may not be up to the job. Tests show that 802.11n routers have a real world top speed of 50-100Mb, at close range. At a distance of 20 metres, and with a few obstacles like walls and floors in the way, that speed can be slashed in half - or worse.

So, if you've got a high-end fibre package and are getting speeds of 50Mb or more, then an N-rated router simply won't cut it. Your broadband is faster than your router, and the router becomes a bottleneck. Even on an entry-level fibre deal, with speeds of 25Mb, you'll be pushing it. You might find you get good speeds downstairs, but that they fall off sharply in the bedrooms.

In both cases, upgrading to an AC-rated router is likely to give you a major speed boost. The exception is standard broadband. Here, the speeds top out at 16Mb, and in practice are usually somewhat slower. An N-rated router should be able to handle this.

An easy way to check if you're affected is to use our free Speed Test tool. Stand next to your router and run the test on your laptop. Then head to the furthest corner of your house and run it again. If there's a major discrepancy in your results then it could be a sign that you need to upgrade your router. (Or it could mean you need to find a better position for your router.)

Do you need a new router?

You can see why a slow router can mean you don't get the broadband speeds you were expecting. So do you need to upgrade?

When you're shopping for broadband deals, all our comparison tables have icons to show what kind of router you're getting. Click the More Info button to see whether there's an option to upgrade to a better router when you sign up.

What router do you get?

If you've been with a provider for some time it's possible you're still using an older N-rated router and aren't getting the fastest possible speeds from your broadband. In this case it's worth checking with the provider to see if they'll swap your router for a newer model for free. Some may give you one in exchange for you signing a new contract. Just make sure you know exactly what you're getting, and that you aren't charged or placed on a new contract without knowing.

Lastly, a handful of providers, including Plusnet, Zen and Origin, allow you to use own router, so you can shop around and check independent reviews to get the best model for your needs.

The router is a frequently overlooked part of the broadband service. It's natural to assume that broadband problems are the fault of the provider, but the reality is that if your router is too slow you can easily be cutting your internet speed in half without even realising.

Give your router a quick check now to see if you would benefit from an upgrade.