How to cut your broadband bill without switching providers 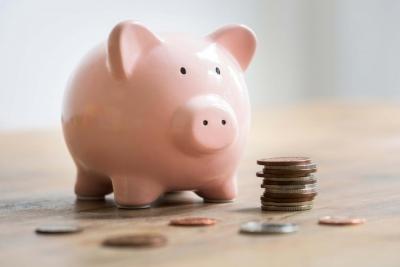 The obvious advice for anyone who wants to cut their broadband bill is to switch to a different provider. It's so easy to compare broadband deals, and more often than not you'll be able to find something better or cheaper than what you've currently got.

But what if you don't want to switch? What if you're happy with the service you're getting, and would just rather pay a little less for it?

Well, there are a few tried and tested ways to pay less for your broadband without switching providers. Let's take a look.

Don't stay on your old deal after it expires

The first step is a no-brainer, yet it's something that millions of us fail at. Don't stay with your old deal after the initial contract has ended.

When you sign up for a broadband deal you get a price and a minimum contract period. When that contract period ends the price will start to go up. In fact, it might go up the very next day. A recent Which? report suggest that customers who don't bother switching deals end up paying as much as £690 more each year than they otherwise would.

If you only take one thing away from this post, it's that you need to know when your deal ends. That way you can make an informed decision about what to do.

At the very least you can call your supplier and see what they can offer you if you take a new contract. That ought to be better than what you've currently got. But remember that these companies reserve their most attractive offers for new customers, so don't assume that their first offer is the best you can get.

Master the art of haggling

Haggling is not terribly British and our collective refusal to do it is costing us hundreds of pounds a year.

But it's actually easier - and less terrifying - than you'd think. Just use our comparison tool to find a better broadband deal, then call your provider armed with this information. Tell them what you can get elsewhere and see if they can match it.

If the thought of haggling brings you out in a cold sweat, don't worry. Write yourself a little script first. Try this one for size:

"My contract's ending soon and I'm looking at my options. I can get this deal from this provider for this much per month. Can you match it?"

Or this one: "My contract's come to an end and I'm trying to cut my bills. My budget is this much a month. What can you do for me?"

And then follow it up with: "Hmmm… I was hoping for something a little better than that…"

You'll speak to the regular sales team first, and they're limited on what they can offer you. If you aren't happy you can tell them that you'd switch providers instead. This will get you put through to the Retentions department. Retentions exists purely to stop customers leaving, and they have more scope for offering you better deals.

A lot of people don't want to take it this far because they're worried that they'll be forced into starting the switching process even when they don't really want to. But you don't have to make any decisions over the phone there and then. Just tell them you were hoping for a better offer, and that you'll have a think about it and will call them back tomorrow.

It's a lot easier to cut your broadband bill when your contract is coming to an end (or has already ended). It's a lot harder when you're still in your initial contract period, but there are a few things you can use to your advantage. One is poor performance, the other is a mid-contract price rise.

In the right circumstances, both of these can lead to you being allowed to leave your deal early without penalty. If you're getting terrible performance then you might want to switch anyway. But you can use a price rise as leverage to get a better deal. Not only might they waive the increase, but they might throw in another sweetener, too.

You have to act quickly, though. You've got 30 days from when you're informed of the price rise. After that you're regarded as having accepted the change.

Another simple way to reduce your bill is to cut services you no longer need. This is easiest if you've got a TV bundle, as you can dump those channels that you don't watch. Or maybe you took out a call plan and now find you don't make as many calls as you thought.

You can even think about what type of internet service you've got. Do you need that ultrafast broadband package, or could you downgrade to a slower speed without noticing the difference? Our guide to what broadband speed you need explains more.

If you've got a chunk of cash sat in your bank account just waiting to be spent, you could potentially make savings on your broadband by paying some or all of it up front. It's rare for providers to allow you to pay all your bill in one go - and we wouldn't necessarily recommend it either - by a few still offer a line rental saver option.

Plusnet and BT both let you pay the line rental part of your deal up front, which can knock as much as £30 off your annual bill. Not a huge saving, granted, but still the equivalent to a month or month and a half of free broadband, and definitely not to be sniffed at.

Paying up front protects you against price rises, but does come with a small risk. If you need to exit your contract for any reason (including something like moving house) you're unlikely to get your money back.

Seek out bundles for better value

Do you get your broadband, phone, TV and mobile from different providers? If so, there's a good chance you can make savings by bringing two or more of them under the same roof. Many broadband providers offer bundles for various services, and it often works out cheaper than buying products from lots of companies. It's more convenient, too, since you no longer have to juggle multiple bills each month.

What's good about this is that you can often do it when you're in the middle of a contract. When you ask your provider if you can give them more money each month they're unlikely to turn you away. Just make sure that your deals for these services with other providers have run out, otherwise you could be penalised for moving them.

Be willing to walk away

Okay, you don't want to change providers, but you're in a far stronger position if you're willing to do so regardless. Not only does it improve your chances of getting the best deal with your current supplier, but it also opens you up to all those incredible 'new customer' offers from everyone else.

And while it sounds like a hassle, the good news is that the process to switch broadband providers is now easier than ever. In some cases your new provider will do all the work for you!