Google Stadia: what is it and what broadband speed do you need? 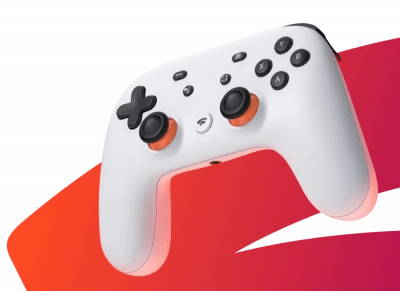 You already use their phones, browser and search engine, and pretty soon you might be using Google for gaming as well. But the upcoming Google Stadia is not a new console, it's something altogether different.

If you're tired of continually updating your PC so you can play the latest titles, or wish you could carry on playing your favourite console games when you leave the house, Stadia might be for you.

So what exactly is Google Stadia, and when can you get your hands on it? Let's take a look.

What is Google Stadia?

Google Stadia is a new kind of gaming platform. It isn't a console, and it doesn't need a high end PC. It's a streaming service.

The idea is that, instead of running games on a piece of expensive hardware sat underneath your telly, the games run on Google's remote servers and are streamed to any device that can run the Chrome web browser, or to your TV using a Chromecast Ultra dongle.

It means you can play triple-A games on a cheap computer, or even on an expensive computer like a MacBook that normally has very few gaming options. You'll also be able to play on compatible phones and tablets, making full console games truly mobile. There's another benefit, too. You don't have to download, install or update any of these games. They're ready to play anytime you want.

Stadia is a subscription service. It costs £8.99 a month, with a free plan set to launch some time in 2020. Some have described Stadia as being the "Netflix of gaming", but there's one big difference - unlike on Netflix you'll still have to buy most of your games in addition to your subscription.

How to play on Google Stadia

Google are selling an official Stadia Controller to play games, but the service will also work with any other compatible USB controller. Stadia hasn't launched at the time of writing, so we'll have to wait and see how it performs, but it looks promising. Google's systems will be far more capable than any machine you'll have in your living room, and the company has said that latency - a measure of how responsive or laggy a game is - won't be an issue. Early testers have said it's at a similar level to something like a PS4.

To a certain extent, performance will be determined by your internet connection. Because while you don't need pricey hardware to play games on Stadia, you do need fast broadband. The service streams the games at 60 frames per second at resolutions up to 4K - it's going to eat through a lot of data in a very short amount of time.

When does Google Stadia launch?

Google Stadia launches on 19th November in the UK, along with the US, Belgium, Canada, Denmark, Finland, France, Germany, Italy, Ireland, Netherlands, Norway, Spain and Sweden. The launch will be staggered, so not everyone is certain to be able to play on day one.

The first gamers to get access will be those eager early adopters who bought the Google Stadia Founders Edition bundle - long since sold out - which included a Chromecast Ultra, controller and other goodies. Next in line are those who bought the Premiere Edition bundle, a similar package available from Google now. And then there are the subscribers to the Stadia Pro subscription service, followed by the free Stadia Base users next year.

At launch, Stadia will work on any laptop or desktop computer that can run the latest version of the Chrome browser. Smartphone compatibility is initially limited to just Google's own phones, the Pixel devices, models 2 to 4. There will be Android and iOS apps as well, but you'll only be able to manage your account on these at first, not play any games.

How much does Google Stadia cost?

There are different price options that help to make Stadia as accessible as possible.

You can switch between the Pro and Base plans whenever you like. Any games you've bought under one plan will still be playable after you switch.

What broadband speed do you need for Google Stadia?

Google Stadia needs fast broadband to work well, and the resolution you can play at will change depending on what speeds you're getting. Use our speed test tool to find out how fast your broadband is.

In all cases, these are minimum speeds, and you need to meet them consistently rather than just every now and again.

So, given the way broadband speeds can fluctuate based on things like the time of day or how many other people are online at the same time, what does this mean in practice?

Most likely it means that the old, standard broadband packages will struggle to handle Stadia. You'll need a cheap fibre deal even if you're only planning on being a Base subscriber. For 1080p or 4K gaming you should probably be looking at a faster fibre plan, with an average speed in the region of 60Mb. Of course, if you're in a busy household with people constantly watching Netflix or YouTube, or downloading large files, then you might need to go for something even faster.

Need to upgrade? Take a look at the fastest broadband deals available in your area now.

What games will be on Google Stadia?

Google Stadia has already attracted a large number of big-name publishers and big-name games. They range from console favourites like Red Dead Redemption 2, to next year's hotly anticipated Cyberpunk 2077, to the notoriously resource-intensive Football Manager 2020. It's expected that games will be full price, although it remains to be seen what kind of discounts will be offered to Pro subscribers.

Here's the full list of titles announced so far:

Need more help in finding the right broadband plan? Check out our guide to broadband for gamers to find the best deals for Stadia users, along with PC, Xbox and Playstation players.