General Election 2019: what the parties in Scotland, Wales and Northern Ireland are saying about broadband 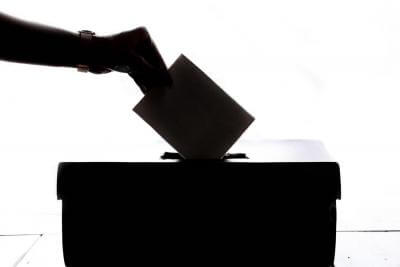 We've already taken a look at the national parties' broadband policies for the upcoming election. But if you're in Scotland, Wales or Northern Ireland, you've got other parties in the hunt for your vote, too, so let's see what they've got to say.

"We will also press the UK Government to invest in digital connectivity including superfast broadband and 5G technology. Since 2013, we have increased broadband to 95% of premises across Scotland, on time and on budget. Now only the SNP is committed to providing access to superfast broadband to every home and business in Scotland, investing £600 million towards this, with the UK Government providing just £21 million of that.

"SNP MPs will press for Scotland to get its fair share of the £5 billion UK Government funding to roll out gigabit broadband to the hardest to reach areas. We will call on the Shared Rural Network to deliver 95% 4G mobile coverage in Scotland – as applies for the rest of the UK. And we will press for the current review into the UK Telecoms Supply Chain to be concluded promptly.

"SNP MPs will work to bridge the digital divide to improve the availability and affordability of broadband and mobile services. We will press the UK government to reclassify the internet as an essential service and support affordable housing providers to make the service available. We will also work with broadband and mobile service providers to make more affordable tariffs and packages more widely available – and call for the UK Government to legislate for a social tariff."

Although broadband policy, including funding and management, is the responsibility of the UK government, the Scottish Parliament does get to decide how the money is spent north of the border. It can also add extra funding on top of what comes from Westminster.

The SNP policy is mostly built around these two points. They want to provide extra money to continue the rollout of superfast broadband across the country, and secure a chunk of the £5 billion pledged to improve broadband coverage in rural areas. According to Ofcom data from May 2019, some 4% of premises in Scotland are unable to access a basic service offering 10Mb downloads and 1Mb uploads - a worse rate than in both England (2%) and Wales (3%).

"Creating a publicly owned Welsh Broadband Infrastructure Company to guarantee access to full-fibre broadband to every home and business in Wales by 2025.

"Cut the fibre tax - Fibre infrastructure currently has business rates applied to it, just like other commercial property. Plaid Cymru believes this discourages investment and should be rethought.

"Skills - A large number of engineers will be required to carry out all the work involved. Plaid Cymru would invest in training and skills for the industry to be able to meet the demand."

Only the first of the above policies has actually made the Plaid Cymru manifesto for 2019, and forms part of a series of infrastructure improvements under the banner of a "Green Jobs Revolution". The policy takes a similar line to Labour's plan of having the full-fibre rollout being handled by a publicly owned company, although they want to complete the job five years earlier. As of May 2019, 10% of premises in Wales had access to full-fibre broadband, a rate well above England and Scotland, but there's still a long way to go.

The other policies we've listed formed a three point plan the party unveiled in September. They are pretty much identical to the recommendations made by the Internet Service Providers Association (ISPA) in response to Boris Johnson's "full-fibre for all" announcement in the summer.

Broadband in Northern Ireland is a mixture of good and bad. Full-fibre availability is by far the best in the UK, at 25% of premises, but broadband "not-spots" - where 5% of premises cannot access even a 10Mb connection - are the worst. Only two of the parties in Northern Ireland make reference to broadband in their manifestos, and in both cases it's merely a token mention.

"Digital network infrastructure, which connects us to the Internet, and to each other, is increasingly recognised as core economic infrastructure, like electricity, gas and water. They are central to tackling the UK’s productivity problem. The DUP will support:

"Continue to support the development of broadband, high-speed mobile internet access and similar telecommunications projects in such a way that ensures all parts of the UK benefit from this technology."