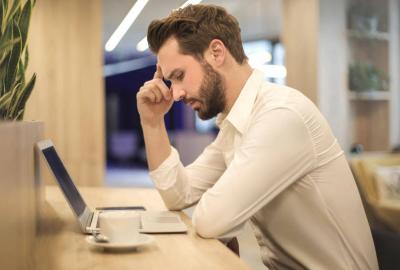 Vodafone home broadband have once again topped industry watchdog Ofcom's list of shame as the most complained about of the 8 biggest broadband suppliers. By contrast, EE and Sky have shared the glory as the least complained-about providers.

Ofcom complaint figures for the 3rd quarter of last year show that Vodafone garnered 26 complaints per every 100,000 customers between July and September 2019. This was an improvement on the 30 per 100,000 they hit in the previous quarter, but was still close to double the industry average. Almost 4 in 10 of the grievances related to faults and service issues.

Of the rest of the Big Eight, Plusnet, TalkTalk and Virgin Media also generated an above average number of complaints. At the end of 2018 Plusnet were by far the most complained about provider with a whopping 43 complaits per 100,000 subscribers, but they have improved every quarter since and are now equal to TalkTalk. Meanwhile Virgin Media saw the biggest rise in complaints across 2019, having started at 10 per 100,000 in the first quarter. Across the board, the main causes of the gripes were complaints handling (32%), faults and service issues (31%), and billing problems (20%).

Meanwhile, EE and Sky were shown to be the Big Eight providers that left their users feeling happiest. Their 5 complaints each per 100,000 customers was nearly two-thirds less than the overall industry average and less than a fifth of the complaint levels received by Vodafone Home Broadband.

Here's the full rundown of the Big Eight's broadband complaints per every 100,000 customers:

Ofcom's Telecoms and Pay TV Complaints report is released quarterly, and covers providers with a market share of over 1.5%. It counts complaints received by the regulator, but doesn't include those sent directly to the provider or any other body.

How to compare smaller broadband providers

Ofcom's research comes in very handy when you're shopping for a new broadband provider, as it gives you a good overview of the general performance of each company. But it does exclude the smaller providers who often offer interesting services, such as the no-contract deals from NOW Broadband or the near-gigabit internet from Hyperoptic.

So what can you do if you're considering one of these companies? Our broadband listings measure overall user satisfaction levels for each provider, as well as their performance on customer service, speed and reliability issues. You can see their most recent ratings or a historic figure for all time, allowing you to judge whether their performance has worsened over time. Zen Broadband currently top our rankings.

Along with the ratings we've got over 20,000 user reviews across all the providers. It gives you an unmatched insight into the kind of experience you'll get with each company, and what issues you may or may not have with them.

You can see all the scores on our Broadband Reviews page, and just click through to read the feedback for each broadband. We'd also encourage you to leave a rating and review of your own, even if you have no complaints. The more information we share, the easier it becomes to choose the right broadband provider.