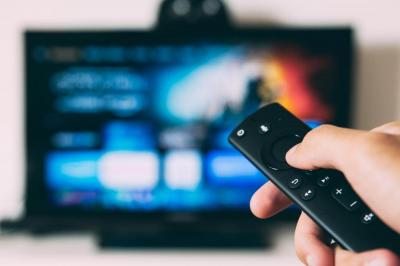 We're in a golden age for TV. If you aren't already signed up to a streaming service you're missing out on some of the best shows ever made.

Yet with so many to choose from, all with their own range of unique content, it's hard to know where exactly to spend your money. Here's our guide to the best UK streaming services to help you decide.

The biggest name in streaming has by far the biggest range of original content, from TV shows like The Crown, The Witcher and Better Call Saul, to Oscar-nominated movies like The Irishman. There's heaps of classics to binge on as well - this is the place to get your fix of Friends.

It's great for kids, while the ingenious recommendation system constantly suggests new things you'll love based on what you've already watched. If you're new to streaming, this is the one to try.

Netflix is available on pretty much every device, including streaming sticks, smart TVs, and even your Sky Q box.

Amazon Prime Video is available on a monthly basis, but is best value when bought as part of the whole Prime package. That gives you a heap of extras, like free postage on Amazon purchases, access to music streaming, a monthly selection of Kindle ebooks, and much more.

Prime Video is getting an ever expanding range of Originals and exclusive films and shows, including The Grand Tour and the Star Trek spin-off Picard. The company has also started dipping its toes into the world of live sport. The recommendation engine isn't up to the level of Netflix, and it doesn't support separate user profiles, so you'll be sharing your watchlist with the rest of the family.

Amazon Prime Video is perhaps best used on an Amazon Fire Stick, but it's also available on many smart TVs, games consoles, or whatever other device you use.

NOW TV is the only way to watch Sky TV channels without either a dish or a lengthy contract. It offers several Passes, including Entertainment, Movies, Kids and Sports, and you get a short trial period for all of them. The service works on most streaming devices, and is offered on some smart TVs.

The movie selection, from Sky Cinema, is excellent, and perhaps the best way to get the most recent releases without paying for them individually. The Entertainment Pass, meanwhile, is the only way to watch shows like The Walking Dead or Westworld without a Sky sub.

One big downside is that it's a little pricier than its rivals, and considerably so if you want more than one Pass. Also, the picture quality is not full HD - let alone 4K. You have to pay even more for a NOW TV Boost to unlock a higher resolution.

BritBox is a collaboration between the BBC and ITV to make a large number of their classic shows available to stream for the first time. It has the largest number of UK TV boxsets on any provider, and they're also expanding into original content soon, with the return of Spitting Image.

BritBox is great for bingeing on TV comfort food like Midsomer Murders, or rediscovering forgotten classics like Our Friends in the North. It's a refreshing alternative to the very US-centric content of the other streaming services.

It isn't as widely available as some, though. You can watch on a Fire Stick or Apple TV, as well as phones, tablets and a web browser. Smart TV support is much more limited for now.

It's easy to overlook just how much of the mainstream entertainment landscape is now owned by Disney. Pixar, Star Wars, Marvel - in fact, they were responsible for eight of the ten highest grossing films of 2019.

Disney+ is the company's brand new streaming service, bringing all of this content along with the classic Disney cartoons and some new shows, like The Mandalorian. It's a very family friendly service. There's bags of stuff specifically for kids, and you can create user profiles for them, but not so much just for adults.

You can watch Disney+ on most devices, including Fire Stick, phones and tablets, and some smart TVs (more are likely to be supported as the service becomes established in the UK).

Another fairly new entrant to the market, Apple TV+ only has original content right now. The most well received of the new programmes is The Morning Show, while the reception for the others has been rather mixed. There's a lot more in production, though, so even if the service isn't a must-buy right now, that may change in the near future.

You can watch Apple TV+ on computers, iOS devices (not Android), games consoles and Apple TV. You also get a free year's subscription when you buy a new Apple device.

If you don't want to pay out lots for TV and film streaming, don't forget that many UK TV channels have their own apps offering catch-up TV, boxsets and live streaming:

Pay as you go streaming

You can also forego the monthly subscription and just buy or rent what you want as you want it. This is the best way to watch the latest movie releases, which usually become available for rental long before they hit any other streaming service.

The big players here include:

Interested in adding premium TV to your broadband bundle? Read our guide on how much money you can save.