Over 55s most likely to be hit by broadband price hikes 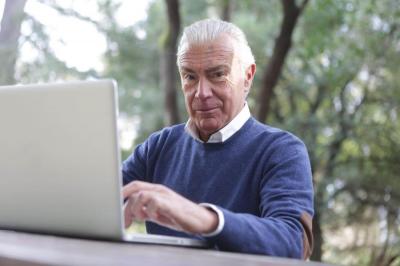 If there's one thing we recommend above everything else it's that you should never stay on your old broadband deal once your contract has ended.

Now a new study from Zen Broadband has shown that people over 55 are the most likely to do exactly that - and they're leaving themselves open to being hit with massive price hikes.

The survey shows that 83% of over-55s haven't switched broadband providers in the last year, and in some cases have never switched at all. This contrasts to the under-24s who are much happier to shop around for a better deal - over half have moved to a new provider in the last 12 months alone.

Data from industry watchdog Ofcom shows that some 25 thousand people come to the end of their broadband deal every day. Anyone who remains on that same deal will be hit by an immediate price rise of as much as 60% as the introductory price they were offered comes to an end. And that's followed by further annual - and sometimes even mid-year - increases.

If you don't take action when your contract ends you can easily wind up wasting hundreds of pounds a year. It's estimated that as many as nine million of us are paying too much.

Ofcom changed the rules earlier this year to try and address the problem. Your broadband provider now has to contact you when your contract is coming to an end to let you know how much the price is about to go up, and to show you what better deals they've got to offer. The changes came into force in February, so it's still too early to know what impact they've had.

So why aren't people switching? The Zen survey shows that apathy plays a part for around a third of people. But the biggest worry for non-switchers - 43% of the over 55 group - is that they'll end up with a worse service if they move to another provider.

If you share this concern, it's worth remembering that you don't actually have to change ISPs to get a cheaper deal. At the very least you should give your existing provider a call to negotiate a better price. Have a look at what other providers are offering first, so you know the going rate, and you'll find that they'll be more than happy to give you something better in return for you committing yourself to them for another year or two.

You can also check out our customer reviews to get an idea of the kind of service you'll receive from all the main broadband suppliers.

You'll get the best deals if you're willing to change broadband suppliers, and switching is a lot easier than you might think. In most cases (the main exception being if you're moving from or to Virgin Media) your new provider will handle the entire process for you. The survey revealed that nearly half of those asked found the process easier than expected, and a huge 89% believed they had benefited from making the switch.

Are you coming to the end of your contract soon? Why not use our postcode checker to find the best broadband deals available in your area today. In just a few minutes you could easily save yourself £150 or more this year.