How to get Wi-Fi coverage in your garden 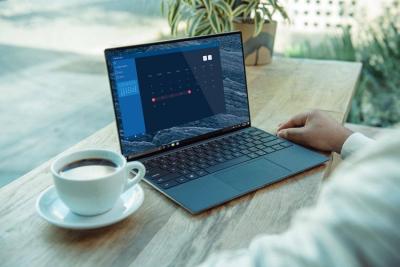 Summer's almost here again, so we can all look forward to spending some time relaxing in the garden, hosting barbecue parties, and maybe even trying a little al fresco working-from-home.

And if you do all that, chances are that you'll quickly bump up against the limits of your home Wi-Fi network.

Because while you probably spent time making sure your internet signal stretches to all the rooms in your house, you might not have given as much thought to your garden.

Or maybe you just assumed that it was off limits, and there was nothing you could do about it.

Fortunately, you and your guests don't have to be completely wireless-less this summer. If you want to get Wi-Fi in your back garden, here are some of your options.

It's hard to judge the range of a wireless router.

The simplest place to start, then, is just to move your router closer to the garden, and where it has a clearer view. To do this, you might need to run an extra length of wire between the router and the phone or wall socket that it's connected to.

When you move it, make sure you don't inadvertently reduce the signal in other parts of your house. And don't put it too close to other gadgets that can cause interference - the microwave, for example, if you're moving it to the kitchen.

If moving the router doesn't work, you could try using a Wi-Fi Extender, which rebroadcasts the wireless signal beyond its normal range. You can pick them up for prices starting at around £20 or £30.

You should position the extender somewhere in your house where it has a strong connection to your main router but is also as close as possible to your garden. The device might show up as a separate network with its own password, so you may have to log in again to connect to it.

It's also worth looking at providers like BT, who offer a Whole Home Wi-Fi service that includes a number of mini routers called Discs that help cover any dead spots around your property.

There are other types of device that can extend your wireless coverage. These include powerline adapters, which pass the internet signal along your existing electrical cabling. They need to be plugged in, though, so are only an option if you've got a readily accessible power socket outside.

Use a long ethernet cable

As a temporary solution, you could connect a long ethernet cable from the back of your router to your laptop in the garden. As long as it's less than 100m you should be fine, and could even get a faster and more reliable connection than you would with wireless.

It isn't Wi-Fi, though, so it won't work with your phone, tablet, or countless other devices you might want to use outside. You can buy and attach a wireless access point to fix that, but like powerlines, this is perhaps a better choice for your shed office.

Mobile broadband is a great option for outdoors Wi-Fi coverage. All but the most remote parts of the UK now have great 4G access, and a growing number of regions are getting the much faster 5G as well.

You can get a great mobile broadband deal, with either a cheap contract or pay-as-you-go plan, and use it with a personal hotspot or dongle. And don't forget the data allowance on your phone either. You can set iPhone and Android devices to function as personal wireless hotspots, so that you can connect other devices to them to share your data plan.

One other factor to consider is that the download speeds you get on your devices will get slower the further you are from your router. You might actually be able to get a weak wireless signal in your garden, but if you've got a slow connection to begin with, it still may not be usable.

If you haven't switched to a new broadband plan for a while you might have a slow connection, and you might have been supplied with an old, slow router as well, which exacerbates the issues - it's less able to broadcast over longer ranges. An upgrade could solve these problems.

If you want to upgrade your broadband in time for the summer, use our postcode checker to find out what deals are available to you today.