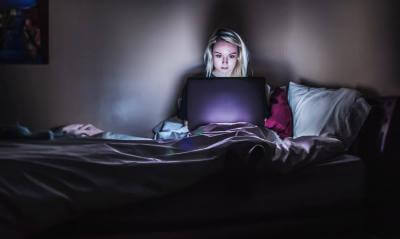 The average Brit spends more than three and a half hours online every day and is consuming more data than ever, according to new research from Ofcom.

The 2021 edition of the watchdog's annual Communications Market Report highlights trends throughout the entire communications industry, and offers some fascinating insights into the state of UK broadband - and how we use it.

The main conclusion is that both speed and usage of broadband across the UK is continuing to grow rapidly, to the point where we spend longer online and use more data than ever.

Encouragingly, we're also pretty happy with the service we're getting. Let's take a closer look at some of the findings.

Broadband is getting faster

The report shows that the speed of internet connections available to us is growing fast. 78% of households can now get fibre broadband of 30Mb or more, compared to 69% 12 months earlier - or well under half just five years ago.

The average speed of our broadband connections has now topped 80Mb for the first time, an increase of 25%.

But while the number of broadband hotspots is on the rise, there are still a surprisingly high number of homes stuck in broadband not-spots. 8% of households are getting download speeds of just 10Mb or less.

Our data use has skyrocketed. Each household now consumes an average of 429GB of data a month, up by 36% compared to 2019. True, this figure may be somewhat lockdown-affected, but the increase is still the continuation of a long term trend that shows no sign of stopping. Back in 2013 we were averaging just 30GB a month!

In order to devour all this data the average UK internet user is spending three hours and 37 minutes online every day, and a staggering 39% of that time is spent within Google and Facebook-owned sites like YouTube and Instagram. In addition, 75% of households now own a smart TV, and half have a smart speaker like an Amazon Echo.

And yet despite the growing reliance on the internet for most of us, 6% of households are still not online at all.

The good news is that people are generally happy with the broadband service they're getting, with 79% saying they were either very satisfied or fairly satisfied with their provider. BT - including its other major brands EE and Plusnet - remains the largest broadband supplier in the UK, followed in turn by Sky, Virgin Media, and TalkTalk.

You can browse the full report's interactive data portal here.

Is your broadband service good enough to keep up with the soaring growth in internet use? You can bag yourself a great value upgrade by using our postcode checker to compare the best broadband deals available where you live right now.