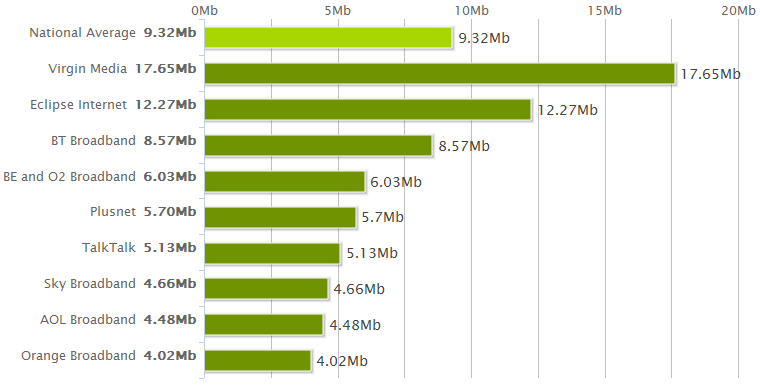 The best performing non-fibre-based provider was again BE and O2 (who share a common infrastructure) in at 4th place with 6.03Mb average download speed over its Local Loop Unbundled ADSL2+ service.