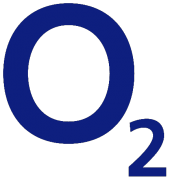 Features at a glance

From £9 a month, upfront cost varies with tariff

4G deals from £14.55 a month, device cost varies with tariff

Pay As You Go

Sometimes the best way to get a feel for a broadband provider is to read what those who are already customers think of the service they're receiving. Below are all the reviews we've received for O2 Mobile.

Add your own review of O2

Ratings are left by users of our speed test as well as by reviewers. Recent star ratings summarise the last 12 months of ratings or the last 100 placed, whichever is largest.

Add your own review of O2 Mobile

The reviews published on this page are those of the individual authors who have warrantied that they abide by our review guidelines. Reviews are not the opinion of Broadband.co.uk.

How to get Wi-Fi when you're on holiday

Hopefully, holidays are back on the agenda this summer. And do we need them. But whether you're planning a staycation, or have decided to venture abroad, you'll also need Wi-Fi, so you can get local information, stay in touch with the rest of the world, and keep yourself entertained as you travel.

Fortunately, you've got a number of options, and they won't cost you a fortune to use them. Let's take a look at the cheapest ways to get Wi-Fi when you're holiday at home or abroad.

The best way to get Wi-Fi when you're abroad is likely to be through your hotel. Most have it these days, and many hotels and hotel chains offer it for free, sometimes with the option to upgrade to a faster service.

But you may need to take a precaution.

The rule when it comes to any public Wi-Fi service is that a password protected connection is better than something that's fully open, but that's still no guarantee that it's completely secure. This applies equally to your Airbnb rental or airport Wi-Fi as it does to hotels.

You don't need to worry about this if you're only doing some casual browsing. But if you're planning to log in to sensitive sites like your bank account, then you should set up and install a VPN first. This ensures your connection and data are fully encrypted. Alternatively, you could just use your phone and its data connection for these tasks, so that you bypass the Wi-Fi altogether.

Hotel Wi-Fi can vary quite a lot in terms of performance. Some may or may not be very good, and you might find that some bandwidth-heavy services like Netflix are blocked. If you have the chance to upgrade to a faster service then that would be the best way to use these types of sites, but keep in mind that you'll likely be paying for 24 hours of access, so the fees could rack up over the course of your stay.

Another good option for getting Wi-Fi at home or abroad is through a mobile broadband service from providers like Virgin Mobile, EE, O2, Vodafone and Three.

These use the 4G or 5G phone network to give you internet access through a personal mobile router to which you can connect all your devices. You can also use it with a dongle connected to your laptop, or on a SIM-enabled iPad, although both of these options make it a little harder to share your connection with your other gadgets.

Mobile providers haven't reintroduced roaming charges post-Brexit, so you can use your mobile broadband allowance in many other countries. You should check where before your sign up - coverage is mostly for EU countries, so if you're heading further afield the price may be prohibitively expensive.

Even within the EU you might have fair usage limitations placed on some packages. And, of course, you'll be reliant on mobile coverage wherever you are. Head off for a city break and you'll be fine; go camping in the countryside and you might want to check the coverage maps for the area first.

Staying in the UK? You can use our Signalchecker service to check mobile phone coverage throughout the country.

Don't forget also that iPhones and Android phones can be set up as wireless hotspots, enabling you to get your laptop or tablet online wherever you are.

You'll find the option in Settings > Personal Hotspot on most iPhones, and on most Android phones you'll find it by swiping down twice from the top of the screen to open the Quick Settings panel, then tapping the Hotspot or Mobile Hotspot option.

Using your phone as a hotspot works in the same way as a separate mobile broadband plan, and can be a good option if you've got a decent data allowance. You'll get the same coverage without roaming charges across the EU, but will have to pay a lot more elsewhere. In either case, keep an eye on your data use. You'll have to buy top-ups in advance if you overshoot what your plan allows.

There may be other restrictions, too. If you've got an unlimited plan, check that it allows for tethering (connecting devices via the hotspot feature), and note that there may be a fair use policy in place.

Any one of these methods, or a combination, could be right for you. If you decide that you want the security and flexibility of a personal Wi-Fi system, check out the best mobile broadband deals available right now.

O2 Mobile Broadband Buyers Guide - Is O2 right for you?

Can I get O2 mobile broadband?

O2's 4G network is available to virtually the whole of the UK population. They've also launched 5G, which is expected to be available in at least 50 cities in 2020.

Over 99% of the UK population can get 4G on O2, a figure that's in line with the other mobile network providers. Unless you're in a particularly remote area, you should be able to get it.

And even though O2 have launched their 5G network, they don't currently offer any broadband plans for that.

O2 have launched their 5G network across the UK, and it's set to expand rapidly. However, it's focussed on smartphone usage right now, and there are no mobile or home broadband plans.

In addition to that, they're targeting targeting transport hubs, key business areas and entertainment and sports venues, including the O2 and Twickenham Stadium.

What O2 mobile broadband deals can I get?

O2 only offer mobile broadband on their 4G network. They've got five options in total, with one just for contract use, one only for pay as you go, and the others available on both.

If you choose a contract, you get to design your own plan. You can select the length of the contract from three to 36 months (or 24 months with some devices), the amount of data from 15GB to 150GB, and in some cases even the upfront cost. You can choose to pay a bigger lump sum at the start in order to slash your monthly bill - or you can pay nothing at all.

On pay as you go you choose a plan - with a data allowance of between 1GB and 12GB - which also includes the price of the hardware.

Your mobile broadband options are:

All of these routers and dongles are only compatible with 4G (and slower) networks. Keep this in mind if you're considering signing up on one of the longer contracts, as you won't be able to upgrade to 5G without buying new hardware.

In addition to these plans O2 offer a range of tablets - mostly iPads - on similarly customisable deals. Or, if you want to supply your own hardware you can get a data SIM. You can get between 2GB and 50GB on a 12 month contract, and 5GB or 50GB on a 30 day deal.

Should I choose mobile broadband from O2?

With fairly stringent data limits and slower speeds than other providers, O2's mobile broadband plans are not suited to being used as a replacement for fibre broadband at home.

This applies even for very light users. If you, or perhaps an elderly relative, only need the internet for basic things like email or paying bills online, you can still find older, standard broadband deals that offer much better value than you'll get from O2.

The mobile broadband plans from O2 are designed literally for mobile use, such as when you're working away from home, or perhaps when travelling. You also get free access to more than 16,000 Wi-Fi hotspots around the country.