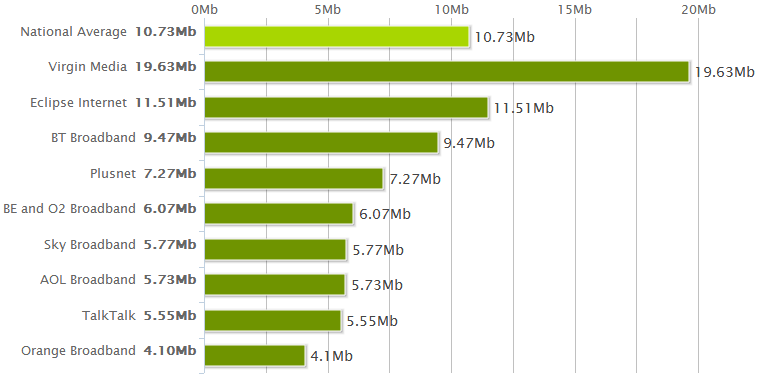 March 2012 saw average download speeds recorded by users of our Broadband Speed Test increasing in comparison to the levels achieved in February's result, coming in at 10.73Mb. Average upload speed increased to 1.48Mb.

The best performing non-fibre-based provider was again BE and O2 (who share a common infrastructure) in at 5th place with 6.08Mb average download speed over their Local Loop Unbundled ADSL2+ service. Plusnet came in at 4th place at 7.27Mb, a significant gain on previous months, but this is likely due sign ups for their competitively priced FttC Plusnet Fibre product.