This simple trick could bag you the UK's cheapest broadband! 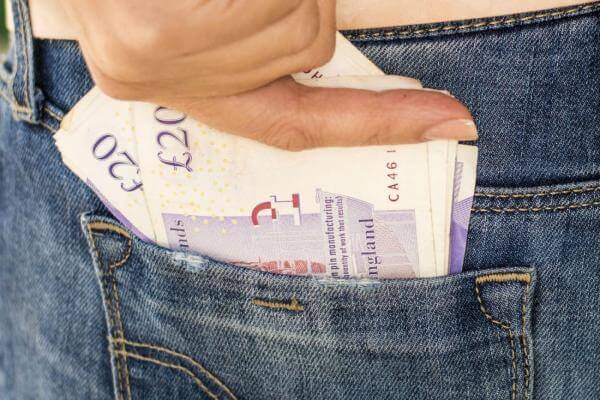 Here's a simple trick that can save you £30 a year on your broadband, as well as slashing your monthly bills. All you have to do is pay your line rental up front in one go. And what's more, right now this will boost savings enough to net you the cheapest broadband offer possible!

Not many providers let you do this anymore since ASA rules changed to make it harder to advertise line rental prices, but two of the biggest still do.

Plusnet and BT offer 'line rental saver' deals that can get you cheaper broadband, reduce your monthly payments, and also protect you against price rises.

These deals aren't advertised, and they aren't included as standard in any bundles - you have to add them as an optional extra during checkout when you're signing up. But if you can afford to pay a lump sum up front the great benefits make them well worth seeking out.

What deals can you get?

Plusnet's standard broadband - with an average speed of 10Mb - is free. You normally only pay line rental. So if you've paid your line rental up front, it means you'll be getting a year's broadband for NO MONTHLY COST. Or if you divide the total costs of line rental after cashback by 12, you're paying the equivalent of only £10.99 a month. Not bad! And what if you want a faster fibre package? You'll still only pay a little over a fiver more each month under the same terms.

BT offer a similar deal, but with a smaller saving of around £20 a year, which is roughly the same as their activation fee. They also throw in a Weekend calls package. While it probably isn't worth switching to BT solely on the back of this offer, if you were planning to go with them anyway it's totally worth paying the line rental up front if you can afford to do so.

Sounds good, but what else do you need to know?

Firstly, you can obviously only get the deal if you can afford the upfront payment, and it is a lot to pay in one go. Some users might also just prefer to spread the cost over many months. But it does work out cheaper in the long run, and also protects you against mid-contract price rises on line rental (but not the broadband).

Second, make sure you check the length of both parts of your package. Line rental saver offers are for 12 months, but broadband deals can often last 18 months. This will leave you paying six months of line rental at full price in the last part of your contract period. You'll still make a saving, but make sure you make a note of it so you aren't taken by surprise when your bill goes up after a year.

You can renew the line rental saver deal at the end of the year, but we wouldn't recommend this unless you're absolutely certain you're going to be sticking with the same broadband supplier. Broadband prices always go up when your contract ends, so you want the freedom to shop around and find a better deal with a different provider.

A better option might be to hold off until you can get both broadband and line rental on a 12 month contract. Plusnet switches between offering broadband on 12 and 18 month deals frequently.

Finally, your upfront payment isn't refundable. If you need to leave your contract before it's up for any reason you won't get your money back.

On the whole, if the circumstances are right for you, line rental saver deals are worth having. To find out how much you can save, check out the best Plusnet deals and BT broadband offers now, or use this link to see the very best Plusnet offer right now!