How to watch the Premier League season when it restarts 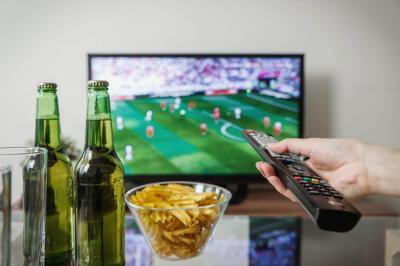 After a three month delay the Premier League season is finally set to return. It kicks off again on 17 June with a double header including the Man City - Arsenal game. With no fans allowed in the stadiums, all the remaining 92 matches will be shown live on TV, across a mix of free-to-air and premium channels.

Here's how you can watch.

How to watch Premier League games for free

For the first time ever, Premier League games will be shown live on free-to-air TV. There will be 33 free matches in all, spread across three channels.

BBC: The BBC will be showing four matches, starting with Bournemouth vs Crystal Palace on 20 June. The Beeb will also have their usual FA Cup coverage when the competition resumes on 27 June.

Amazon: Amazon have also got four games, which begin with Palace against Burnley on 29 June. You'll be able to watch these even if you aren't a Prime subscriber (although you probably will need a normal Amazon account).

Pick: The remaining 25 free games are on the Pick channel. "What is Pick?", you ask. Good question! It's a channel owned by Sky that you can watch for free on every platform. You'll find it on Freeview channel 11, Freesat channel 144, Sky channel 159 and Virgin Media channel 165.

Don't assume that it's just the less fashionable games that will be available for free. Pick will be showing the Merseyside derby on Sunday 21 June, which could be the night that Liverpool are finally confirmed as champions.

If the free coverage isn't enough for you, now's the perfect time to subscribe to a premium sports channel. If you've got broadband from the likes of Sky or BT you should be able to add the channels to your existing deal, or you could even consider switching providers and making a saving on a bundle.

Sky Sports have got 39 exclusive matches (they'll also be showing the games on Pick), which begins with Aston Villa vs Sheffield Utd at 6pm on 17 June. They've got the pick of the big fixtures. They will also be covering the Championship, currently slated to resume on 20 June.

BT Sport will be showing 20 games - 12 more than they originally had - with the first seeing Watford take on Leicester at 12.30pm on 20 June. They've also got the rights to the Champions League, although there's no date yet for when that will come back.

There are four main ways to sign up to watch Premier League football on Sky Sports and BT Sport.

Sky: The most obvious way to get Sky Sports is direct from Sky, via a dish, and you can add BT Sport to your package as well. You can sign up to Sky regardless of what internet provider you use, although you should be able to save on your monthly bill by taking it as part of a bundle with Sky broadband.

Take a look at the latest Sky broadband and TV bundles.

BT: BT now offer a full BT TV service to their broadband customers. This gives you a choice of channel packages, with the sports offerings including BT Sport along with all the Sky Sports channels streamed through NOW TV. What we like about BT TV is that even though you have to take a 24 month contract, your choice of channels is flexible. So, you can sign up for the football now, then when the season ends you can switch to a movie package instead.

Check out the best BT broadband and TV bundles.

Virgin Media: You can get Sky Sports and BT Sport through Virgin Media both as a standalone service or as part of a bundle with Virgin Media broadband. Virgin offer some of the fastest broadband plans that are widely available, with speeds up to an average of 516Mb.

NOW TV: With the streaming service NOW TV you can watch Sky Sports without a dish. It can work out a little more expensive than getting it through Sky, but that's because you don't need a contract - you can cancel at any time. NOW TV doesn't offer BT Sport. You can make further savings by getting the service with a NOW Broadband bundle.

So now you're ready for a feast of summer football. Matches take place throughout the week, at a range of kick-off times:

About a third of the schedule has been announced so far. Here's the list of games, and where you can find them: