Displaying the most recent posts in all categories.

Unfortunately almost all other ISPs saw their average speeds drop, perhaps due to the darker autumn evenings causing an increase in peak time congestion as more broadband users turn to their computers, on demand video systems and games consoles for entertainment.

The best performing non-fibre-based provider was again BE and O2 (who share a common infrastructure) who retained 4th place with 5.95Mb average download speed over its Local Loop Unbundled ADSL2+ service.

Virgin Media are offering free Premium accounts from music service Spotify for 6 months to customers taking out broadband bundles with speeds of up to 30Mb or more.

This offer is also available to existing customers upgrading from a 10Mb package.

12 months half price on broadband from Tesco!

Tesco Broadband are offering the broadband portion of their phone + broadband packages at half price for 12 months using promo code HALFBB-B.

Tesco Broadband Evening and Weekends:
(£4 for the first 12 months, then £8 a month thereafter)

Tesco Broadband Anytime:
(£8 for the first 12 months, then £12 a month thereafter)

Line rental from Tesco required at £11.74 per month. 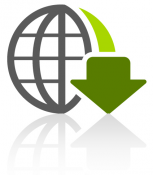 EXPIRED: TalkTalk offer Essentials and Plus packages from £5 a month with free router and installation

TalkTalk are now offering their Essentials and Plus packages at a reduced price for the first year, along with free installation and a free wireless router.

If Fibre to the Cabinet is available in your area, you could take advantage of these offers for just £10 a month more with TalkTalk's Fibre Optic Boosts, which offer speeds of up to 40Mb.

Monthly line rental of £13.80 applies, though you can take advantage of their Value line rental - pay £114 for a year upfront, and make a saving of £51.60. A £25 activation fee applies on Fibre Boosts.

Save up to £149.90 with Virgin Media's TV, broadband and phone deals

For a limited period, Virgin Media are offering a saving of up to £149.90 on their TV packages. The offer comes with free installation worth £49.95, a free TiVo box worth £49.95 and £50 account credit to your first bill.

September 2011 saw average download speeds recorded by users of our Broadband Speed Test remain stable compared to August's result with a drop of only 0.06Mb down to 8Mb. Average upload speed also remained stable with a 0.05Mb gain to 1.26Mb.

Despite the stable overall result, individual ISPs saw significant changes. Virgin Media's average download speed again dropped after gains in July, now averaging 14.79Mb, but FttC providers BT Broadband and Eclipse saw gains in their average speeds, up to 7.84Mb and 7.3Mb respectively, presumably due to the continued rollout of Fibre to the Cabinet to new telephone exchanges allowing more customers to switch from up to 20Mb ADSL services to the faster BT Infinity and Eclipse Fibre services.

The best performing non-fibre-based provider was BE and O2 (who share a common infrastructure) who took 4th place with 6.69Mb average download speed over its Local Loop Unbundled ADSL2+ service.

Virgin Media have updated their TV packages to highlight their new TiVo services. For a short time, deals will include a free 500GB TiVo box with free installation and TiVo activation.

Eclipse Internet have introduced a range of new Fibre Optic deals for home users, with download speeds of up to 40Mb and upload speeds of 2Mb. For £5 a month, customers can upgrade to 10Mb upload speeds. Usage allowances range from 10GB to unlimited.

Updated: From 29th September Sky are offering £25 M&S vouchers instead of £50 vouchers.

For a limited period, Sky Broadband are offering £50 M&S vouchers to new customers when they sign up for their Sky+ and Sky+HD television packages.

This offer is in conjunction with current deals offering free Sky+ boxes and free standard setup.